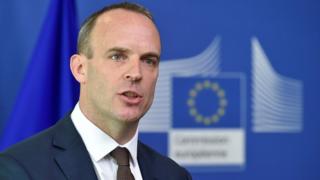 The boss of John Lewis has hit out at Brexit secretary Dominic Raab after he said companies should not blame Brexit for poor results.

Sir Charlie Mayfield said he “didn’t say Brexit was the reason” for a 99% slide in half-year profits.

“The fact is sterling is weaker, it’s more expensive to import goods… so we have to absorb that within our margin,” he said.

“I’m not going to get into some sort of ding-dong with the secretary of state.”

Dominic Raab told the BBC on Thursday it was a mistake for “business that aren’t doing so well to blame Brexit”. 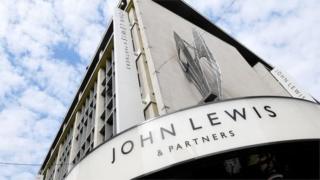 Mr Raab also said the government was preparing for a no-deal Brexit despite being confident that eventuality would not come to pass: “Getting a deal with the European Union is still by far and away the most likely outcome.”

This week Ralf Speth, the boss of Jaguar Land Rover, warned the government needed to get “the right Brexit” or risk wiping out profits at the UK’s biggest carmaker and trigger big job cuts.

Meanwhile, the Brexit secretary welcomed a promise by two mobile operators, Vodafone and Three, not to impose Europe roaming charges for UK customers if Britain leaves the bloc with no deal.

“What we have said is we would like to see other companies following suit, but, in any event, we would legislate for a limit on roaming charges to make sure in a no-deal scenario that we protect British consumers,” Mr Raab said.

A new raft of technical papers is being released by the government on Thursday outlining the impact of a no-deal Brexit on business and consumers.

Mr Raab also accused those warning about shortages of food and medicines after a no-deal withdrawal of “scaremongering”, saying it was “nonsense” to claim UK supermarkets would run out of food.