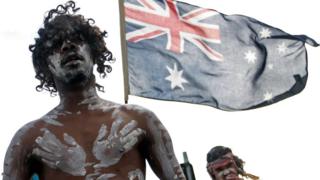 A nine-year-old girl has stirred controversy after refusing to stand for Australia’s national anthem in protest at alleged institutional racism.

“When it says ‘we are young’ it completely disregards the Indigenous Australians who were here before us,” she told ABC news Australia.

The schoolgirl was given detention last week for “blatant disrespect” over her failure to participate with classmates during a rendition of the song at Kenmore South State School in Brisbane. 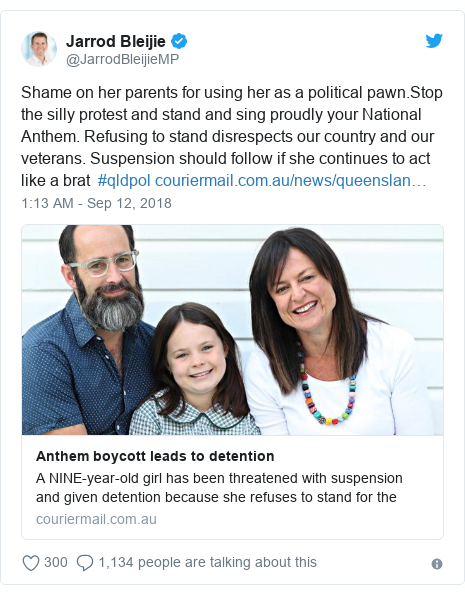 Others, such as Australian journalist and television host Georgie Gardner, praised Harper for her “strength and character”.

“I do applaud her for considering the words of the national anthem, a lot of people just rattle it off and don’t consider the meaning,” she said.

On Twitter, users posted messages of support using the hashtag #HarperNielsen, calling the schoolgirl “Australia’s most fantastic and brilliant brat” and “the hero Australia doesn’t realise it needs”.

Harper’s move echoes the controversial kneeling protests of NFL players during the national anthem in the US, which began with quarterback Colin Kaepernick.

What is happening in Kaepernick row?

A spokesperson for the Queensland state education department said the school had offered Harper the choice of remaining outside the hall during the anthem or simply not singing.

Many indigenous Australians have cited a treaty or treaties as the best chance of bringing them substantive as well as symbolic recognition – the subject of a long-running national debate.

Australia is the only Commonwealth country that does not have a treaty with its indigenous populations.