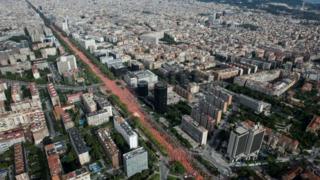 Protesters formed human towers and demanded the release of separatist leaders who are in detention awaiting trial following the independence campaign.

One elderly protester at the rally, Dolors Llauralo, told Reuters she would continue the battle.

“I will demonstrate every year, as long as I can… I fight for [my children and grandchildren] so they will have a better life than the one we have had,” she said.

More protests are planned on the key anniversary dates of the referendum and declaration of independence.

However, opponents complained the Diada was being usurped as independence was not supported by all Catalans. 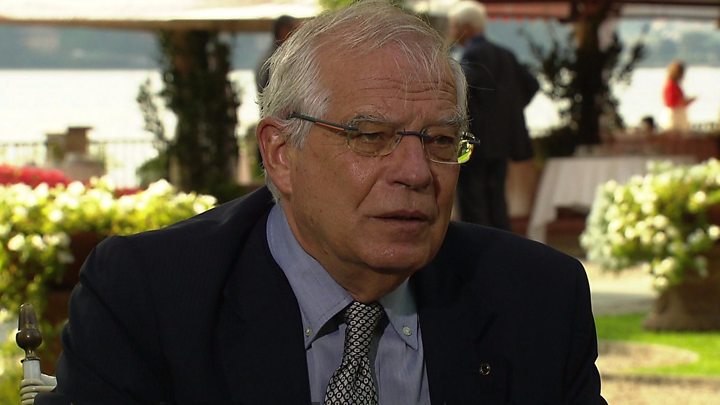 Spanish Foreign Minister Josep Borrel, who is Catalan, said: “We Catalans should celebrate our national day and not just a call for independence that is shared by less than half of the population.”

An opinion poll in July suggested 46.7% of Catalans favoured independence and 44.9% opposed it.