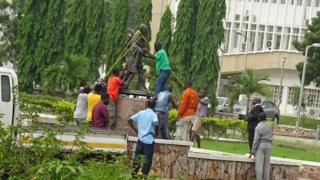 A statue of Mahatma Gandhi, the famed Indian independence leader, has been far from a school campus in Ghana’s capital, Accra.

University of Ghana academics began a petition for its removing shortly after it was unveiled in 2016 by means of India’s former President Pranab Mukherjee.

The petition mentioned Gandhi used to be “racist” and African heroes have to be put first.

In the wake of the row, Ghana’s executive on the time stated the statue can be relocated.

BBC Africa Live: More in this and different stories

Academics and scholars told the BBC that the statue, initially located at the school’s leisure quadrangle, were removed on Wednesday. 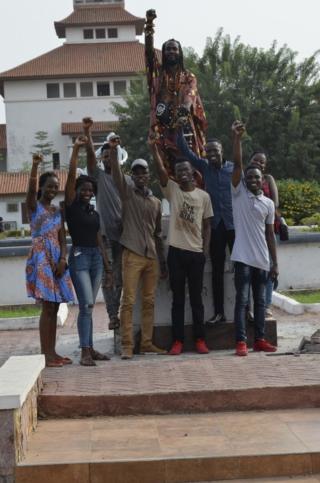