Why doesn’t Australia have an indigenous treaty? 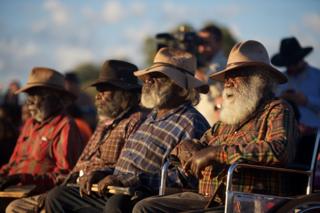 The future of Australia’s relationship with its indigenous peoples could be significantly influenced by a meeting at Uluru this week. It will discuss changing the constitution, but may also include support for a treaty. Australia does not have one, unlike many nations, reports Trevor Marshallsea.

In 1832, the governor of Van Diemen’s Land reflected ruefully on his colonial administration’s chaotic – and bloody – relationship with the island’s indigenous population.

Amid a period of great conflict between white colonists and Aborigines known as the Black War, Governor George Arthur said it was “a fatal error” a treaty had not been entered into with the Aboriginal people of what’s now the Australian state of Tasmania, after white settlement had commenced some 30 years earlier.

The absence of a treaty was cited by Mr Arthur as a crucial and aggravating factor in relations with the first inhabitants of the island, the scene of some of the worst treatment inflicted on Aborigines by British colonists.

Almost 200 years later, Australia remains the only Commonwealth country to have never signed a treaty with its indigenous people. While treaties were established early on in other British dominions such as New Zealand, Canada and in the United States, the situation in Australia has been, often notoriously, different. 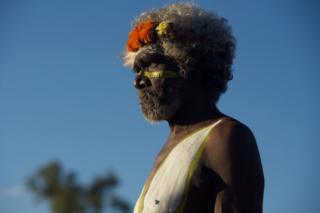 In 1988, then Prime Minister Bob Hawke was presented with “the Barunga Statement”, named after an Aboriginal community. Written on bark, it called for a treaty. The cause had been thrust forcefully into the public consciousness in the late 1980s in various ways. One was rock band Midnight Oil’s 1987 hit “Beds Are Burning”, which implored white Australia to “pay the rent, to pay our share”. Part-Aboriginal band Yothu Yindi had an international hit with “Treaty” a few years later.

On receiving the Barunga Statement, which he had hung on a wall in Canberra’s Parliament House, Mr Hawke vowed there would be a treaty by 1990.

In 1992, Prime Minister Paul Keating made a now-famous speech in the Aboriginal-centric Sydney suburb of Redfern, addressing harsh truths about the often brutal and murderous “dispossessing” of the country’s traditional owners.

A year later came the watershed Native Title act, which threw out the historical view that Australia before European settlement in 1788 essentially belonged to no-one.

And in 2008 Prime Minister Kevin Rudd delivered a long-awaited apology to Australia’s indigenous peoples, for policies that had inflicted suffering on them.

Despite these words, acts and gestures, there is still no treaty. Also, there remain contentious sections of the nation’s constitution which are race-based, although two significant others were removed in the 1967 referendum.

Section 25 still says states can disqualify people from voting in elections on account of their race. Section 51 (xxvi) empowers the government to legislate for “the people of any race for whom it is deemed necessary to make special laws”. 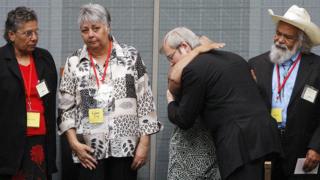 This week, marking the referendum’s 50th anniversary, an Aboriginal leaders’ summit at Uluru (formerly Ayers Rock) is hopeful of reaching consensus on whether – and how – the constitution should be changed. But some delegations are expected to make statements about the need for a treaty, and financial compensation.

The meeting will also shine a light on white Australia’s troubled, and peculiar, historical attitude to the country’s first inhabitants.

Australia’s distinct problem, historians say, took root from reports delivered back in England by the first white men to land on the east coast in 1770.

“Captain James Cook and (botanist) Joseph Banks reported the Aborigines were few in number and were just wandering around the place,” says University of Sydney history professor Mark McKenna.

“The perception was they had no recognisable agricultural system, and they were basically savages.”

Thus when Admiral Arthur Phillip led the first fleet to begin the colony of New South Wales in 1788, Mr McKenna says, “there was no expectation any treaty with the locals would have to be signed. The way Australia was settled was in fact quite extraordinary.”

Tasmanian Aboriginal writer and activist Michael Mansell told the BBC the English were deceived by their perceptions of Australian indigenous culture, including that they lived in small groups, by contrast to the large and seemingly more organised tribes of North America. 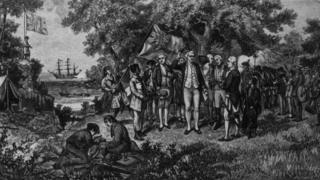 “To them, the Australian Aborigines didn’t display any of the trappings of a so-called noble culture,” Mr Mansell says.

“They weren’t riding horses like the native North Americans. They didn’t have permanent dwellings. It was harder to discern who their leaders were. So they were regarded as a vulgar and backward people who could be treated as the invaders liked.

“In 1840 colonial officials in New Zealand were sitting down with the Maoris to sign the Treaty of Waitangi. At the same time in Australia, Aborigines were being hunted down, shot and slaughtered.

“All of this fostered a deeply entrenched cultural bias against Aboriginal people which, ever since, has been very hard to shake, both in attitudes and in a substantive way.”

While provision was made for indigenous people in Canada’s constitution in 1867, Mr Mansell points out that “the only mention of Aborigines in Australia’s constitution of 1901 was to exclude us”.

At that time, Australia’s first prime minister, Edmund Barton, said race-based clauses in the constitution allowed his government to “regulate the affairs of the people of coloured or inferior races who are in the Commonwealth”.

Little changed in attitudes in the ensuing years. This, Mr Mansell says, was partly due to a widespread belief that the Aboriginal race would simply die out, and be bred in amongst the European community, and because of the country’s so-called “White Australia” policy on immigration. Existing in various forms from 1901 until 1973, the policy, though aimed at immigrants, did little to promote acceptance and cultural sensitivity. 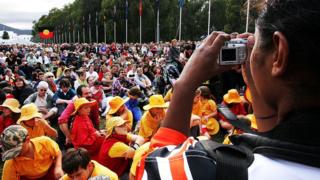 While the 1980s and early 1990s brought attitudinal change, the plight of Aborigines was set back, Mr McKenna and Mr Mansell agree, under the conservative John Howard government of 1996-2007.

In 2000 he said a country “does not make a treaty with itself”. And in 2004 he announced the abolition of the peak government body handling indigenous issues, the Aboriginal and Torres Strait Islander Commission (ATSIC), following corruption investigations.

“John Howard shut the Aboriginal movement down completely,” Mr Mansell says. “ATSIC had its problems, but it was a sound moral concept. There’s been plenty of crooked MPs, but they don’t shut down parliament.”

Still, despite Australia’s troubled past on indigenous matters, and fears from government and business on the implications of a treaty, of financial compensation, or of official recognition of Aboriginal sovereignty over Australian lands, Mr Mansell is “very optimistic” substantive change can be sparked by this week’s summit.

“What we need is a clear plan capable of being adopted by governments which will not interfere with the rest of Australia but will give empowerment to Aborigines, and give land back to those who can’t get it under the Native Title Act,” Mr Mansell said.

With Australia’s constitution difficult to change, many agree a more pressing need is the establishment of a national representative body allowing Aborigines to make their own decisions on matters affecting them, rather than have decisions forced on them from Canberra.

“A treaty would break the 200-year-old cycle of governments not negotiating with the Aboriginal people,” says Mr McKenna, adding it would provide a framework for how negotiations are held on indigenous issues such as welfare, employment, education, health and land ownership.

“It would say ‘we’re no longer just going to do things to them’, but that they’re included and empowered.”