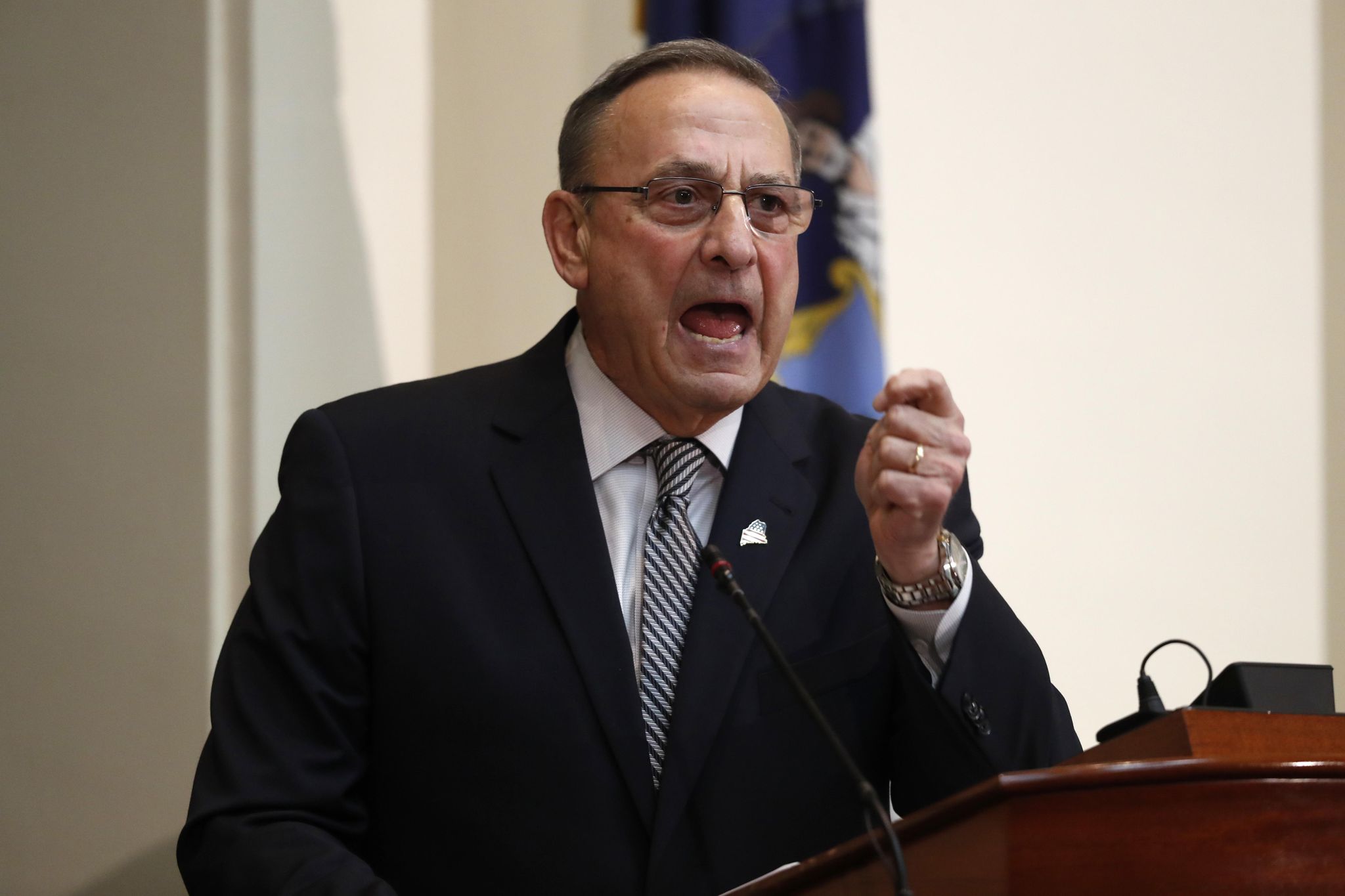 Maine Gov. Paul LePage revealed Friday that he was stuck by a vehicle while biking in Florida last fall and credited a bicycle helmet with saving his life.

ROCKPORT, Maine (AP) — Maine Gov. Paul LePage revealed Friday that he was stuck by a vehicle while biking in Florida last fall and credited a bicycle helmet with saving his life.

LePage told MaineToday Media the impact cracked his helmet into two pieces and “sent me flying 40 feet.” The crash exacerbated a shoulder injury, which will require shoulder surgery.

“Without a helmet, I wouldn’t be here,” the governor said.

LePage revealed the news at Maine International Trade Day, saying he was knocked off his bike the day before Thanksgiving. He acknowledged he kept the matter quiet, initially brushing off questions.

The accident happened on Nov. 22 while he and his wife, Ann, were riding their bikes in Daytona Beach, not far near their Florida home in Ormond Beach, he said. LePage was taken to a hospital, but his wife was unhurt.

LePage said a young woman who was uninsured and distracted cut him off while making a turn, hitting him as his wife followed behind. The official police report, however, indicates the SUV driver had an insurance policy number, and it does not cite distraction as a cause.

The motorist, who was in a Dodge Durango, told the officer she thought she had time to turn without hitting the bicyclist, according to the police report.

A Maine Department of Public Safety spokesman declined to say if the governor had been accompanied by his state police security detail while on the bike ride.

The accident came up when LePage mentioned surgery could interfere with his plans for a trade mission to Taiwan before he leaves office in January.

This isn’t the first time LePage kept medical details to himself. In September 2016, he underwent a weight-loss operation at Central Maine Medical Center in Lewiston. The bariatric surgery wasn’t disclosed until months later.