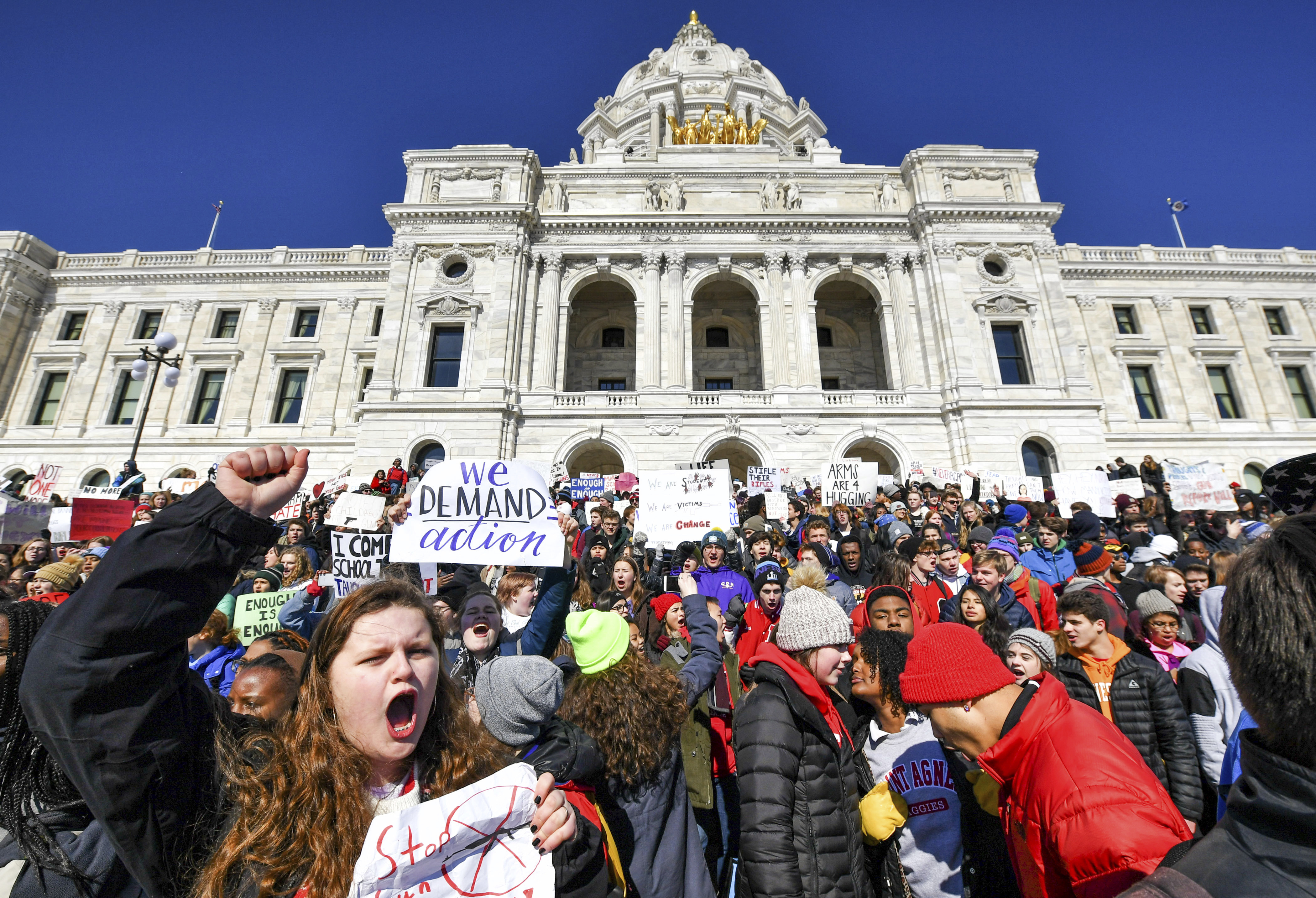 Randi Weingarten, president of the American Federation of Teachers, said the union is working with “school administrators, local governments and others to support these efforts so that students and educators can participate safely” in the National School Walkout.

“Students, educators and staff are taking action to demand long-overdue action to ensure schools — and our communities — are free from gun violence,” she said in a statement, citing union efforts in Massachusetts and New York.

The involvement of teachers adds another wrinkle to the walkout, a response to the deadly school shooting last month in Parkland, Florida, organized by the left-wing Women’s March Youth EMPOWER.

More than 185,000 students at nearly 3,000 schools are expected to walk out “to demand that Congress take action to stop gun violence,” according to the Women’s March.

Participants are planning to walk out of class at 10 a.m. on Wednesday, the one-month anniversary of the Feb. 14 attack at Marjory Stoneman Douglas High School, and remain outside class for 17 minutes, one minute for each of those killed.

Supporting the nationwide event are nearly 100 activist groups ranging from gun-control organizations such as the Brady Campaign to Democratic Party allies such as Planned Parenthood, Indivisible and Organizing for Action.

The American Civil Liberties Union has issued a legal guidance for students about their First Amendment rights, including what to expect in terms of consequences such as unexcused absences, and urged schools not to discipline students who participate.

“Unfortunately, some schools view this act as a disruption and are threatening to discipline students who participate,” said ACLU staff attorney Sarah Hinger. “A disciplinary response is a disservice to young people and a missed educational opportunity.”

The reaction from school districts has ranged from walkout bans to enthusiastic resolutions of support as officials grapple with the logistics of allowing thousands of students — including in some cases elementary-age kids — exit class without putting themselves in danger or disrupting those who choose to stay put.

In Harford County, Maryland, the ACLU fired off a letter to Superintendent Barbara Canavan after she sent a letter to parents saying that students “may be subject to disciplinary action for disrupting school operations,” CBS Baltimore reported.

The ACLU of Maryland warned her that schools “may not punish students more severely for leaving class to engage in free speech activity then they would for any other unexcused absence.”

“I think there’s some leeway given to each school if they want to honor the students who were slain in Florida, but one thing we have not allowed is a walkout to the outside, which obviously puts children in harm’s way having them all congregating in an area that’s outside that’s totally unprotected,” Horry County Schools board chair Joe DeFeo told the Myrtle Beach Sun News.

Instead, schools will “identify options that will take place inside the schools and student participation will be voluntary,” according to a statement.

Other districts are taking the same tack, offering alternatives such as letter-writing to Parkland students and moments of silence.

Elsewhere, student and faculty protesters are planning to congregate outside but on school property such as football and soccer fields.

In Montgomery County, Maryland, superintendent Jack R. Smith urged students to stay on school grounds, saying he was “keenly aware that some students may decide to participate in a walkout that takes them off campus.”

“MCPS does not have the staff or resources to ensure students are safe during the school day when they are not on a school campus,” Mr. Smith said.

Carmen Farina, New York City Schools chancellor, issued a March 8 statement saying that staff members would “be present outside their school buildings during the walkout to help ensure safety and order,” and that students who produce a note from their parents will received an excused absence.

“We commend all students and staff members, who help make our schools safe, respectful places where all students can learn free from the threat of deadly violence,” she said in the Queens Chronicle.

In Lynn, Massachusetts, the teachers’ union affiliate “worked with the school committee to pass a resolution in support of the walkouts on March 14, and all school staff will be permitted to participate alongside students,” Ms. Weingarten said.

Unfortunately for the would-be protesters, Mother Nature interfered. The Lynn Public Schools announced Tuesday that all schools would be closed Wednesday as a result of the blizzard.