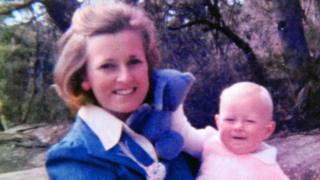 Australian police have begun digging at the former home of a Sydney woman whose disappearance in 1982 has recently attracted global attention.

Lynette Dawson, a mother of two, vanished without a trace. Her husband, Chris Dawson, said she had left the family – perhaps for a religious group.

Mr Dawson has denied murdering his wife after two coroners’ inquests found she had been killed by a “known person”.

A popular podcast, The Teacher’s Pet, has brought wide attention to the case.

On Wednesday, police said they had begun a five-day forensic search of the couple’s former home in the suburb of Bayview. 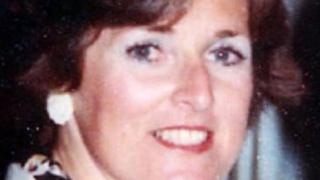 An inquest in 2003 found Mr Dawson, a former rugby league star and high school teacher, had had sexual relationships with teenage students.

One 16-year-old girl moved in with Mr Dawson’s within days of his wife’s disappearance. The pair later married, but have since separated.

Two separate inquests recommended that murder charges be laid against a “known person”.

“What’s different about this dig is it will be more extensive. We will go until we hit rock,” Supt Cook said.

Since May, millions of people globally have downloaded The Teacher’s Pet podcast, which is produced by The Australian newspaper.

Why 2018 is the year of the ‘podcast boom’ Are podcasts breaking through to the mainstream?

It has highlighted the bungled handling of the case by police in the early years after Mrs Dawson’s disappearance, prompting an apology from the state’s current police commissioner.