The United States tested the Minuteman-III intercontinental ballistic missile with nuclear capacity for the fourth time this year. The US unarmed fired an LGM-30 Minuteman-III intercontinental ballistic missile. The missile was launched from the Vandenberg Air Force Base on the California coast. He was sent to Kwajalein Atoll of the US Marshall Islands, 4,200 miles away. In a press release from the Air Force, “This test confirmed the accuracy and reliability of the ICBM weapons system. Valuable data was provided to ensure continued assurance. Our safe and effective nuclear deterrent power was tested. Ava The Air Force also released a video of its launch. While the Global Force Command usually conducted only 2 tests a year, this test was the fourth attempt this year. However, in the press release, “We note that the initiation of the tests did not react to world events or regional tensions,” he noted. 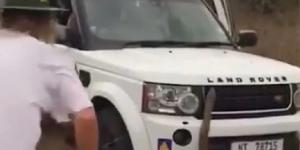