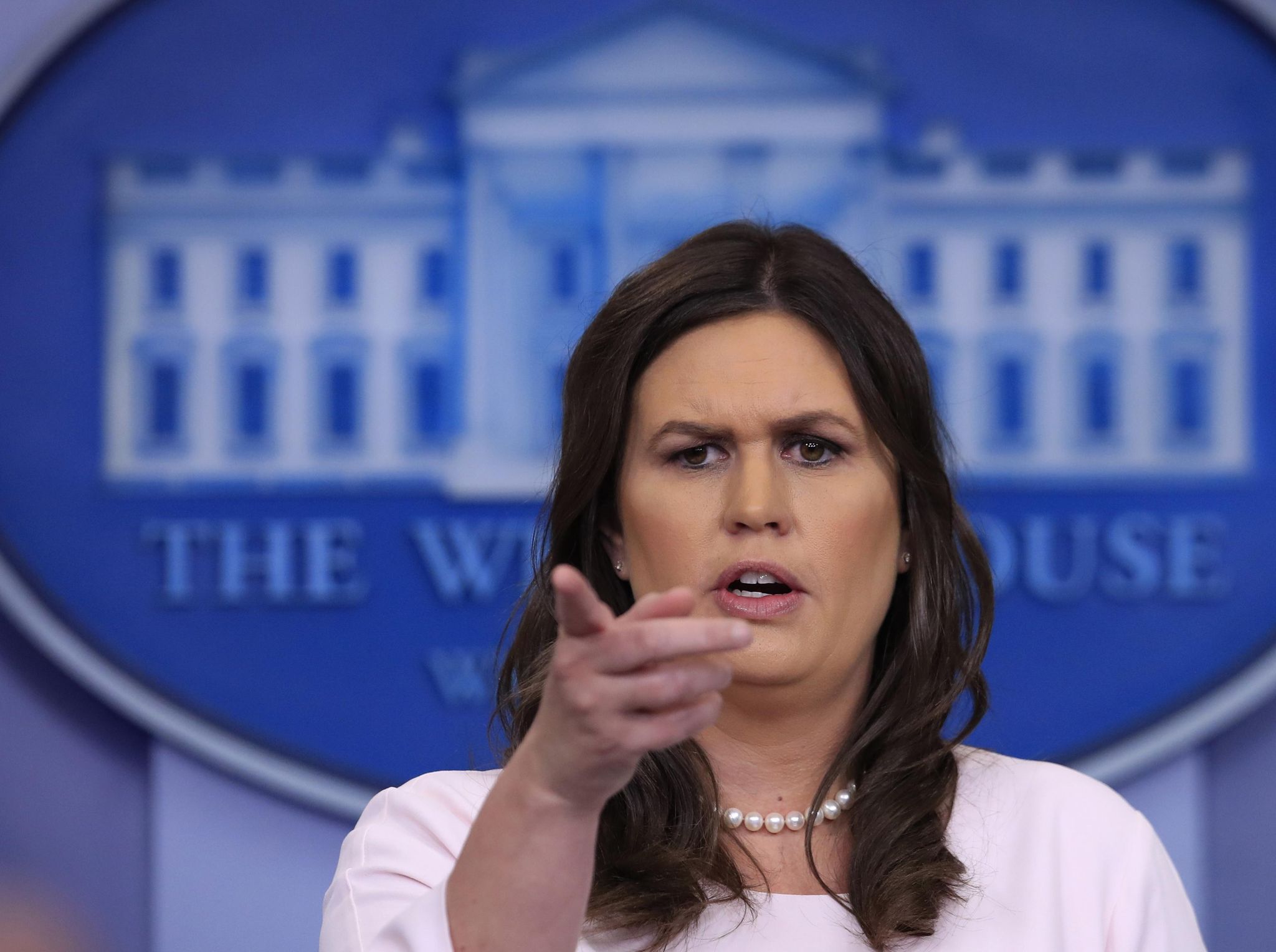 Press secretary Sarah Huckabee Sanders’ comments appeared to leave open the possibility of easing the U.S.-led “maximum pressure” campaign before North Korea had completely given up its nuclear weapons.

But Sanders said the U.S. wouldn’t make the mistake of past administrations in taking the North Koreans “simply at their word.” She said, “We’ve seen some steps in the right direction but we have a long way to go.”

On Saturday, North Korea announced it will close its nuclear testing facility and suspend nuclear and intercontinental ballistic missile tests – a move welcomed by Trump as “big progress.” The North stopped short of suggesting it will give up its nuclear weapons or scale back its production of missiles and their related components.

Asked if the suspension of tests was a positive sign, Defense Secretary Jim Mattis said Monday, “Right now, I think there (are) a lot of reasons for optimism that the negotiations will be fruitful and we’ll see.”

This Friday, U.S.-allied South Korean President Moon Jae-in and Kim will hold a summit in the demilitarized zone between the Koreas that could lay the ground for Trump’s planned meeting with the North Korean dictator in May or early June. The leaders of the U.S. and North Korea have never met during six decades of hostility since the Korean War.

Sanders said the U.S. goal was the complete denuclearization of the Korean Peninsula. When asked if the president was willing to accept anything short of that goal before lifting sanctions or was willing to go incrementally, she told reporters: “Certainly no sanctions lifted until we see concrete actions taken by North Korea to denuclearize.”

Last year, the U.S. spearheaded through the U.N. Security Council the toughest international sanctions yet against North Korea in response to three long-range missile launches and its most powerful nuclear test explosion yet. The Trump administration supplemented those restrictions with unilateral U.S. sanctions against firms that had conducted illicit trade with the North.

This year, Kim has pivoted from confrontation to diplomacy and, according to South Korea and China, has expressed a commitment to denuclearization. There is still uncertainty about what he seeks in return.

Three weeks ago, Trump’s pick to be the next secretary of state, CIA Director Mike Pompeo, became the most senior U.S. official to travel to North Korea in nearly two decades, but the content of his discussions with Kim has not been made public.

The last nuclear talks between the U.S. and North Korea collapsed in 2012. The two nations also remain in a technical state of war as the 1950-53 Korean War ended with an armistice not a peace treaty.